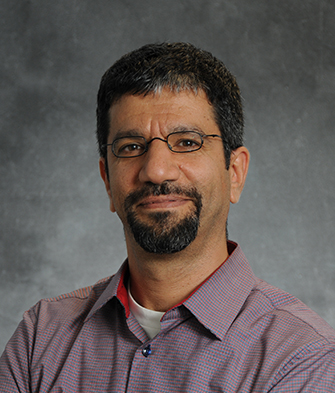 Professor Walid A. Saleh studied Arabic language and literature at the American University of Beirut (BA 1989). He earned his PhD in Islamic studies from Yale University in 2001. He was a recipient of the DAAD scholarship in 1996–97 and studied with the late Albrecht Noth in Hamburg during this period. Professor Saleh is a specialist on the Qur’an, the history of its interpretation (Tafsir), the Arabic manuscript tradition, Islamic apocalyptic literature, and the Muslim reception of the Bible. His first book The Formation of the Classical Tafsir Tradition (Brill, 2004) was the first monograph length study of al-Thalabi (d. 1035) and his influence in the history of Qur’an commentary tradition.  His second monograph, In Defense of the Bible (Brill, 2008), is a detailed study and an edition of al-Biqa`i’s (d. 1480) Bible treatise, “The Just Verdict on the Permissibility of Quoting from Old Scriptures,” which is the most extensive discussion of the place of the Bible in the Islamic religious tradition.

Professor Saleh is the recipient of several awards and fellowships.  He received a New Directions Fellowship from the Mellon Foundation (2014) and he is the Konrad Adenauer Fellow from the Humboldt Foundation in Germany (2017).  He has also received grants from SSHRC and from the Kluge Foundation at the Library of Congress.

Professor Saleh is the editor of the Routledge Qur’an Series. He is also on the editorial board of Journal of the American Academy of Religion, and the Journal of Qur’anic Studies.

Professor Saleh teaches courses on Islam, the Qur’an, and Tafsir tradition; he is also a specialist on Arabic paleography and teaches advanced courses on the manuscript tradition of Arabic written literatures.  He has published dozens of articles on the Qur’an, Tafsir, apocalyptic literature, and Mirabilia literature in Islam. His articles can be accessed on Academia.edu.

“Meccan Gods, Jesus’ Divinity: An Analysis of Sura 43 (al-Zukhruf).” In The Qur’an’s

“The Preacher of the Meccan Qur’an: Deuteronomistic History and Confessionalism in

“Paradise in an Islamic ‘Ajā’ib Work: The Delight of Onlookers and the Signs for Investigators

“The Gloss as Intellectual History: The Ḥāshiyahs on al-Kashshāf.” Oriens vol.41, no.3–4

“Marginalia and the Periphery: A Tunisian Modern Historian and the History of Qur’anic

“Preliminary Remarks on the Historiography of Tafsir in Arabic: A History of the Book

“The Last of the Nishapuri School of Tafsir: Al-Wahidi and his Significance in the History of

“Ibn Tayimiyya and the Rise of Radical Hermeneutics: An Analysis of An Introduction to the

“A Fifteenth-Century Muslim Hebraist: Al-Biqai’s Bible Treatise and His Defence of Using the