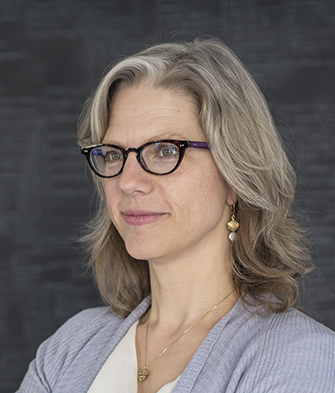 Pamela Klassen is Professor in the Department for the Study of Religion, cross-appointed to Anthropology, at the University of Toronto. She teaches graduate and undergraduate students in areas of the anthropology and history of Christianity and colonialism in North America, religion in the public sphere, and religion, law, media, and gender, and welcomes inquiries from prospective students in these and related areas. The author of many books and articles, her most recent solo publications are The Story of Radio Mind: A Missionary’s Journey on Indigenous Land (U of Chicago Press, 2018) and “Contraception and the Coming of Secularism: Reconsidering Reproductive Freedom as Religious Freedom” in Secular Bodies, Affects, and Emotions, eds. Monique Scheer, Birgitte Schepelern Johansen, and Nadia Fadil, (London: Bloomsbury, 2019, pp. 17-30). Her newest joint publications include The Public Work of Christmas: Difference and Belonging in Multicultural Societies, co-edited with Monique Scheer, (Montreal and Kingston: McGill-Queen’s University Press, 2019) and  Ekklesia: Three Inquiries in Church and State (U of Chicago Press, 2018), co-authored with Paul Christopher Johnson and Winnifred Fallers Sullivan. Her previous book, Spirits of Protestantism: Medicine, Healing, and Liberal Christianity (University of California Press, 2011) won a 2012 American Academy of Religion Award of Excellence. She currently holds the Anneliese Maier Research Award from the Humboldt Foundation in support of a five-year collaborative project entitled “Religion and Public Memory in Multicultural Societies,” undertaken together with Prof. Dr. Monique Scheer of the University of Tübingen. For more information, along with a wide range of digital scholarship, please see her website.

In the 2021 winter term, Pamela Klassen is co-teaching a new course called “Plagues & Peoples: From Divine Intervention to Public Health” (JAR301S) together with medical anthropologist Prof. Janelle Taylor. Focusing on both historical and contemporary examples, such as the Spanish flu and COVID-19, this course will give students the tools to understand how cultural institutions, religious worldviews, and public health epidemiology shape living and dying during a pandemic. In other words, the course will give students the chance to reflect critically on what it has been like to live through the COVID-19 pandemic. We will use perspectives from medical anthropology and religious studies to analyze the importance of the cultural, religious, and scientific narratives that arise when people confront plagues. The course is open to all students in arts and science who have completed 4.0 FCE.

2018
The Story of Radio Mind: A Missionary’s Journey on Indigenous Land, Chicago: University of Chicago Press.

“God Keep our Land: The Legal Ritual of the McKenna-McBride Commission, 1913-1916” Religion and the Exercise of Public Authority, edited by Benjamin Berger and Richard Moon, London: Hart Publishing, pp. 79-93.

Co-authored with Matthew King.“Suppressing the Mad Elephant: Missionaries, Lamas, and the Mediation of Sacred Historiographies in the Tibetan Borderlands.”History and Anthropology24 (4): 1-24.

“Fantasies of Sovereignty: Civic Secularism in Canada.”Critical Studies in Religion3(1): 41-56.

Fellow of the Royal Society of Canada

Northrop Frye Award of Excellence for the integration of Research and Teaching, University of Toronto Alumni Association

Distinguished Visiting Professor in the Anthropology of Modern Religion, Ludwig-Uhland-Institut of Historical and Cultural Anthropology, University of Tübingen

Winner of the American Academy of Religion Award of Excellence in Analytical-Descriptive Studies for Spirits of Protestantism: Medicine, Healing, and Liberal Christianity