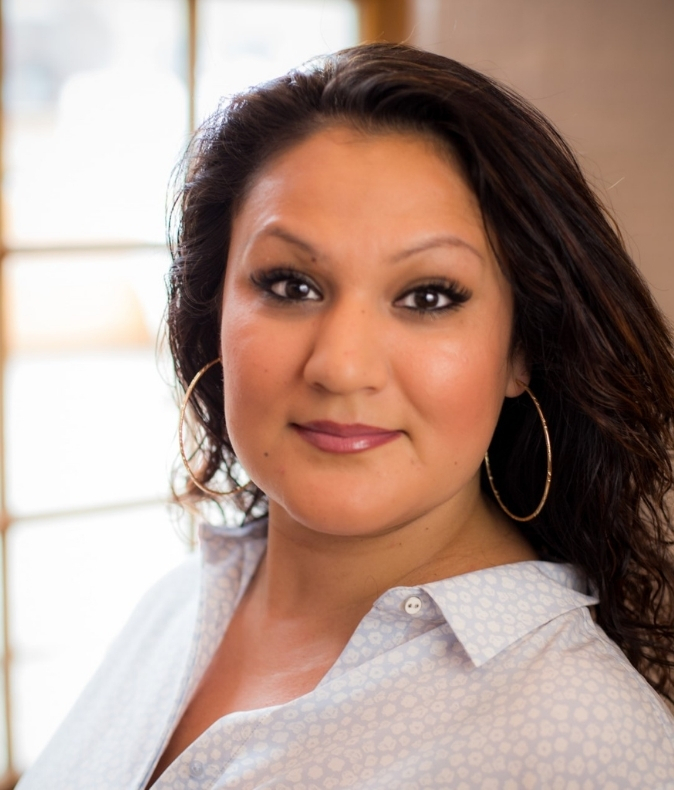 Audrey Rochette is Anishinaabe from Waabadowgang-Whitesand First Nation. Audrey is an Indigenous Relations Consultant and the proud mother of two children. She works at the University of Toronto as an Indigenous Partnerships & Relations Specialist at Woodsworth College, where she advances partnerships that facilitate the reciprocal exchange of knowledge. She also works with the City of Toronto in Museum and Heritage Services.

Audrey completed her MA degree in the Department for the Study of Religion at the University of Toronto with research focused on decolonizing museums through the inclusion of Indigenous voices, language, and ceremonies in museums.

DSR: How did your academic path intersect with the DSR?

AR: As an undergraduate some years ago, I majored in Political Science with a minor in the Study of Religion and Indigenous Studies. In third year, I signed up for Professor Klassen’s course, (RLG307H1) Museums and Material Religion, and that class really motivated me. Until then my learning experience had been void of Indigenous representation. I wasn’t learning anything about Indigenous Peoples in Political Science. I was feeling like I shouldn’t have to take an Indigenous Studies class to learn about Indigenous Peoples at the largest, top-rated university in Canada. There were quite a few students feeling this, my peers noted, ‘I'm in history and I'm not learning about Indigenous People, or archeology, or science...’, it was a common narrative, and we had some work to do. This is when I started to do some background work, and through my role in the Indigenous Students Association in 2015, the ISA petitioned Dean Cameron, then Dean of the Faculty of Arts & Science, to have more Indigenous content in the university’s curriculum. He was a great ally, and soon after the formation of the Indigenous Teaching & Learning group began.

Back to the DSR, it was in Professor Klassen’s course where I witnessed a narrative that struck me as an Indigenous woman. In class she asked the students if anyone knew what the TRC (Truth and Reconciliation Commission) was, and if someone could explain it, and this was the first time I'd heard any mention of anything Indigenous outside of my Indigenous studies classes.  I immediately gravitated to Pamela because she was doing her job by way of having these conversations, so from the beginning of that course I was invested.

We had a class assignment to go to the Royal Ontario Museum and select an object that resonated with us, in any exhibit.  I didn’t have any experience visiting museums; growing up my family didn't go because of the often-misrepresented knowledge and narratives in museums about First Nations being stuck in history or being romanticized.  I went to the ROM for the assignment, and before I even got to the First Peoples exhibit, which is where I was going, I walked into the grand hallway and I saw a case with a bear and an eagle. As an Anishinaabe, and in particular an Ojibway woman, those two beings are deeply sacred, and there they were, taxidermized, sitting on display, outside of their role in creation. The translation of their names is mukwa for bear, and ginew is the golden eagle. It hit me hard, and it was emotional. I cried standing in the middle of the busy hallway. I wrote my paper from my perspective as an Ojibway woman, about how these beings are my relations, my family, how they are animate beings with a sacred purpose in creation. Pamela’s feedback was highly motivating.  I believe my perspective challenged her own views on museum culture, she saw a gap there and embraced it in such a healthy way that she wanted to get to know me. She took the time to speak to me about taking her Directed Reading course and to potentially take my work to a research level. The next year I enrolled in course with her. Here is some advice for current students, especially undergrads--take research courses, take those directed reading classes, they are so beneficial. In that year I was the only undergraduate, working with DSR graduate students on the Kiinawin Kawindomowin Story Nations Project, in collaboration with the Kay-Nah-Chi-Wah-Nung Historical Centre, which I am still proudly supporting, and that was the birth of my research journey.

DSR: Prior to doing your Master's degree did you know the work you would end up doing would be in advocacy for Indigenous Peoples?

AR: When I initially entered U of T, I went into the Political Science department because I had plans to work in government to advance Indigenous issues, notably with the TRC. My own personal lived experience of being the daughter of a residential school survivor, and how instrumental that entire report has been to my family’s healing, led me to aspire to a career in government. After graduation, I did end up being recruited and sat with some Ministries that had an underrepresentation of Indigenous people in their department. I didn’t have any intention of getting a graduate degree, but it became obvious to me that government wasn’t at the level that education was at that time, and I saw there was more possibility to advance Indigenous narratives in academia.

Pamela suggested there was a gap in Indigenous representation and research in museums culture, and that this could be a great research area. Now, on one hand I was finishing my undergrad degree and I wanted to get out of there, but I had someone who was telling me that this work was meaningful, and it would have impact. Because it is so important to me that I am changing things by decolonizing spaces, and because so few people were doing this research, I felt I could make a real contribution by doing work around museum culture. So in 2016 I started my Master’s.

My graduate research led me to become a narrator for the Anishinaabeg: Art and Power exhibit at the Royal Ontario Museum, and to visit Kay-Nah-Chi-Wah-Nung, an historic site which is Indigenous run, led, organized and owned in Rainy River, Treaty 3 Territory. My research journey was life altering. In Treaty 3 I met an Elder and community members who had a significant impact on my life and it is still a place I plan to visit and maintain those relationships.  At the ROM I participated in round tables about how do Indigenous People become active in museum culture.  The Exhibits at both sites served as models that embodied the path forward for museum culture to decolonize in a good way, notably because there was a great weaving of Indigenous languages and a very strong contemporary element, so it didn't freeze Indigenous people as historical figures. I thought this could be a road map for other museums.

The Director of Museums and Heritage Services in Toronto  saw my contributions at the ROM roundtable and asked me to sit on a committee on a larger heritage project in the city of Toronto. I did this while I was in school, and this connection led to my professional work with the City. I now work with the director to help decolonize the city of Toronto museums. It was an opportunity that directly complemented my graduate research.

DSR: Can you tell me about your passion for First Nations representation in the arts, for instance your work with the ImagineNATIVE film festival?

AR: Through my time at ImagineNATIVE I realized that there are so many outlets for education, you don't have to be educated through academia, it can be museums, film, media, conversations.  The formality of how we learn, how we share narratives, we get from so many different platforms.  I fostered a partnership between ImagineNATIVE and the Woodsworth College community, where we offer a film series. Having film and media can help audiences understand the treaties, Indigenous narratives, and dispel stereotypes.  It can help to understand what is happening with the Miꞌkmaq of the east coast and their inherent treaty rights, for audiences confused by what the mainstream media is saying. Film and media can allow people to absorb these narratives in a safe space at their own pace.

DSR: Where does urgent work still need to be done, and where have you seen improvements and progress?

AR: I absolutely see that being a part of the university, after several years as a student, as a professional and being on committees, and on the ISA, U of T has made a lot of progress. Not in every area, for instance there is still work, to be done on how an Indigenous narrative can fit into science and math courses, but the work is being done, one champion at a time, one department at a time. For example, in the DSR I was the first to conduct my language exam orally in Anishinaabemowin, my traditional language. The DSR set a precedent while responding to the larger TRC and Indigenous Teaching & Learning calls to action at the University. I see the willingness of people to unpack the colonial narratives that have dominated academia. We have talented educators and community members who are constantly inspiring me in some way or other another, who are deeply immersed in truth telling and alternative worldviews and who want to learn more Indigenous stories. I encourage students to take their courses, find the breadth of Indigenous talent and allies we have here at U of T. Unpack your own understanding of Indigenous peoples and their continued resistance, resilience and commitment to challenging the misrepresentation of historical and contemporary narratives.