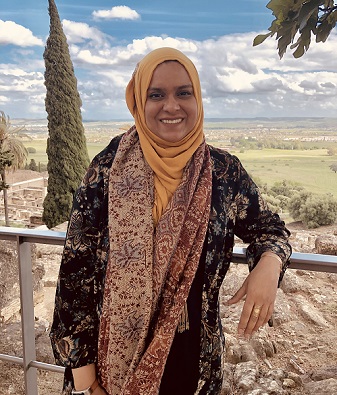 Khalidah Ali 's main interests are modern Islam in Egypt, Islamic Reformism, and Islamism. Her dissertation entitled “The Early Muslim Brotherhood: Tarbiyah as the Foundation of Hasan al-Banna’s Project of Islamic Revival and Reform” is a historical study of the Egyptian Muslim Brotherhood in the Hasan al-Banna era (1928-1949) and the model of tarbiyah (Islamic education and training) developed by the organization as the primary means through which the organization promoted and attempted to realize their long-term vision of achieving an Islamic revival in Egypt along the lines of the organization’s religious and social ideals.